The following item appeared in The Breeze newspaper on July 13, 1911:

A Friend of ours, Gone.

Mr. J. C. Scott, one of the pioneer northern settlers of DeFuniak, passed away at his summer home in Chautauqua, N. Y., on the 30th of last month from a stroke of paralysis which attacked him on the 23rd. As proprietor of the old New York House which stood on the site where the merry-go-round pavilion now stands, he was known to hundreds of our winter visitors from all over the country. After that was destroyed in the big fire of 1898 he built the house which formed a part of Dr. McKinnon’s residence, and later moved to the cottage he built on 13th street.

Mr. Scott was a veteran of the war between the states on the union side and a veteran Odd Fellow.

The sympathy of a host of friends, both here and elsewhere who knew Mr. Scott. 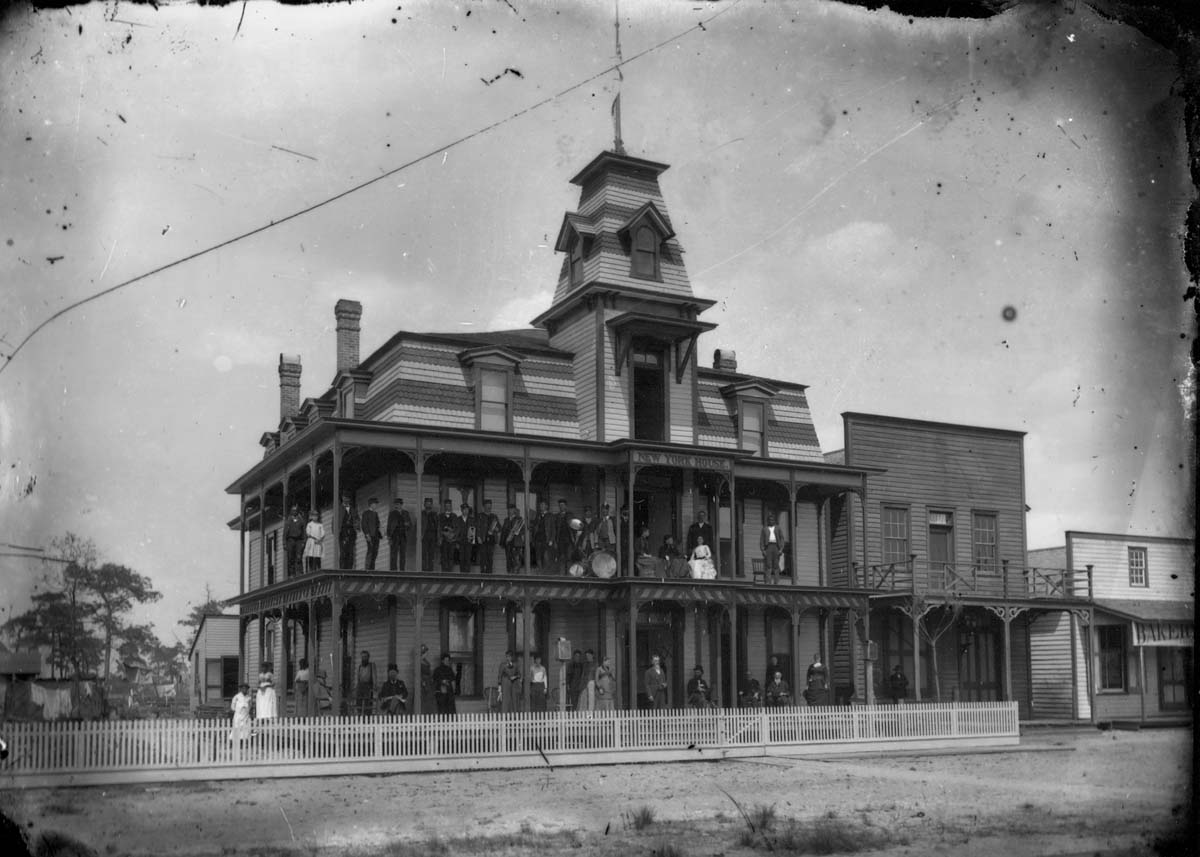 The New York House’s distinctive architecture stood out from the other structures on Baldwin Avenue. In the photograph below, which was taken after the Big Snow of 1898, its tower is clearly visible in the distance.

Unfortunately, it was a victim of the Big Fire of 1898.

This site uses Akismet to reduce spam. Learn how your comment data is processed.